“Whoa, Is Organic Food No Healthier Than Non-Organic? Controversy Erupts Over Study” 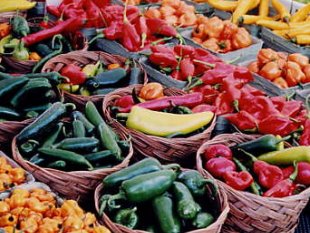 Earth Island Journal / By Jason Mark
“I had barely drank my first cup of coffee when I heard the news yesterday morning on  NPR – organic food, it turns out, may not be that much healthier for you than industrial food.”The NPR story was based on a new study published in the  Annals of Internal Medicine  which concluded, based on a review of existing studies, that there is no “strong evidence that organic foods are significantly more nutritious than conventional foods.” The study, written by researchers at the Stanford School of Medicine, also found that eating organic foods “may reduce exposure to pesticide residues and antibiotic-resistant bacteria.”

“The interwebs were soon full of headlines talking down the benefits of organic foods. “Stanford Scientists Cast Doubt on Advantages of Organic Meat and Produce,” the  NY Times  announced, as reporter Kenneth Chang pointed out that pesticide residues on industrially grown fruits and vegetables are ‘almost always under the allowed safety limits.’ CBS news , running the AP story on the Stanford study, informed readers: ‘Organic food hardly healthier, study suggests.’

“Organic agriculture advocates were quick with their rebuttals. The  Environmental Working Group  put out a press release playing up the researchers’ findings that organic produce has less pesticide residue. Charles Benbrook, a professor of agriculture at Washington State University and former chief scientist at  The Organic Center , wrote a detailed critique you can find  here. Benbrook noted that the Stanford study didn’t include data from the USDA and US EPA about pesticide residue levels. He also pointed out that the researchers’ definition of “significantly more nutritious” was a little squishy.

“Is this the last word on the nutritional benefits of organic foods? Hardly. As Benbrook said, in the coming years improved measurement methods will hopefully allow for better comparisons of food nutritional quality. (You can find an  Earth Island Journal  cover story on this very issue  here.)”

To read this article in its entirety, click here.