Uninformed about economics of newspapers |  letter-to-the-editor writer’s letter to the editor: “Not happy with smaller paper”– Lancaster Online 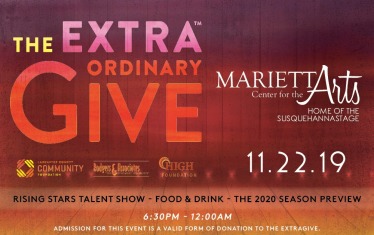 Less than a day away | The EXTRAordinary GIVE begins – there are lots of events all day long tomorrow, including the “Rising Stars talent show” in Marietta.