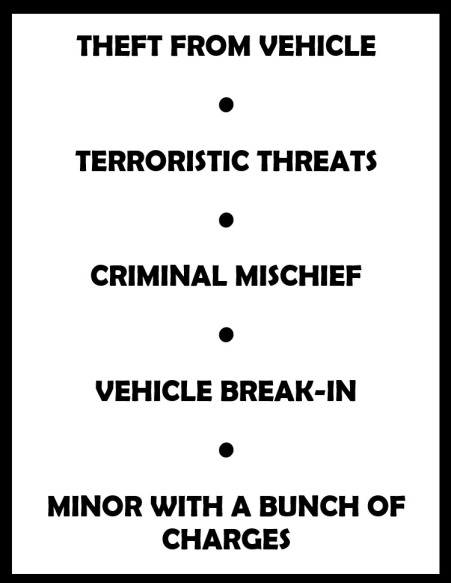 “Pope to Visit Ireland | Where Scars of Sex Abuse Are ‘Worse Than the I.R.A.’” – The New York Times

“deficient in many aspects.” | Those are the words County District Attorney Craig Stedman used to describe Lancaster City’s Police Department’s continuum of force of  as he absolved a city police officer of using a taser to incapacitate person for not following verbal commands.

A real town hall | At a meeting of citizens and city officials, Lancaster public officials released a DRAFT version of its “excessive force and provides guidelines for levels of control,” —  the revision is much clearer and contains a specified continuum. Other changes are here.

In Reading | Mayor goes rogue; doesn’t include council in decision – The Reading Eagle

Trouble in paradise; well, Alsace Township | There the township is questioning the financial records of the fire department; as a result the township announced this at its Website, “Due to a series of events that have transpired over the past six months, the Supervisors of Alsace Township have taken the necessary steps to de-certify the Alsace Manor Fire Company as the responding Company in the Township.

Seems the series of events involves “an error in (the fire department’s) computer records led to a discrepancy in its financial reports.” Further the fire department’s “fire company’s attorney believes there’s no need to hand over any records to clear up the error.” Here’s the issue, when a municipality hands over money to another public entity (e.g., a 501 (c)3 entity), the financial records must be open for municipal and public scrutiny. A fire department just cannot make up its own rules about public funds.

In a last week post at its facebook page, the department posted this: “Please know, the Fire Company had no idea this issue would ever escalate this far and our concerns are now with the township residents who will now be affected by this. We truly apologize for the burdens this may cause.”

“warm & wet” | For those believers in winter weather predictions, the Old Farmer’s Almanac is calling for “above-normal temperatures” for the coming winter.