Once again … the only consistency in Columbia’s governance is INCONSISTENCY! Read this Columbia Spy article to see what everyone outside of 308 Locust Street sees.

A change effective September 1 | This is now posted at the Borough Website: “Required Fire Extinguishers | Fire extinguishers required for rental, boarding or rooming units.  Columbia borough requires a 5lb abc fire extinguisher be mounted in the kitchen of a rental unit, boarding house or rooming unit. abc is the acronym for an extinguisher certified for a, b, and c type fires. a is common fuels like wood, b is for flammable liquids, and c is for charged electrical fires. as of September 1st Columbia borough requires that the fire extinguisher be mounted somewhere in the kitchen away from the stove. it needs to be easily accessible to the resident.”

Another CrimeWatch post | “The Columbia Borough Police Department has received a message from a person in regards to a ‘Columbia Police’ K9 unit that has recently died. The Columbia Borough Police Department currently does not have any current K9 units or recently deceased K9 units. The ‘Columbia Police’ that the person was attempting to leave a message for is not a police department in Pennsylvania.”

Can’t make this stuff up | There are other posts at the CrimeWatch page; a theft from a vehicle on Ironville Pike and a guy in a fight with two trash cans on North Seventh Street and a woman whose dog “doesn’t like other dogs or men” and man punches woman in the head. 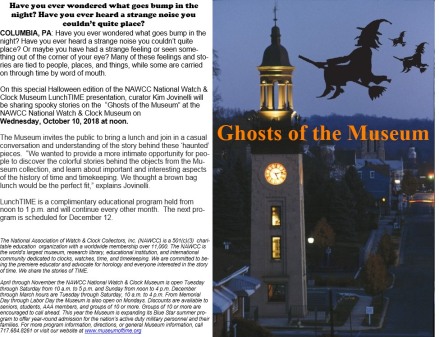 Advertised in this week’s Merchandiser, too. Curious that the Borough’s advertising the dickens out of these notices in area print publications … not so with employment notices, however.

“Don’t conflate Dems and socialists” | Well, the editorial page headline writers at LNP – Always Lancaster sent us to the dictionary this time. A letter-to-the-editor in today’s paper has the header with the word “conflate”? The dictionary says it means “to combine (two or more texts, ideas, etc.) into one.” Another writer at this Website says, “I’m once again dipping into the miasma that is political language for this week’s vocabulary word: conflate.” and ” … when an author clearly means one definition, conflate is a word that seems to attract ambiguity like a sweater attracts cat hair. It’s very easy to think that you’ve used it precisely, only to find that you’ve actually left your wording open to a different interpretation. If that risk bothers you, then simply avoid using conflate at all.”

Know the feeling, bro’ | Love this comment at this youtube video of the Crests singing, The angels listened in: “God I miss this era. I was 14 years old and I was crazy about this girl.”