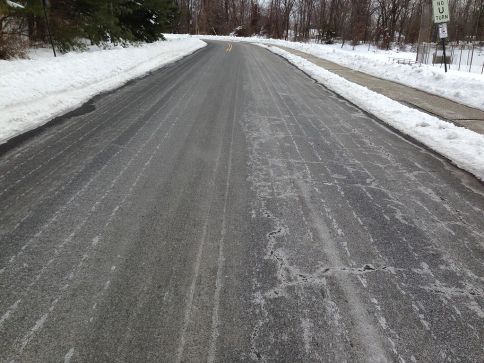 Snow removal | The road crews around the area did a great job of snow removal responding to yesterday’s snow.

“The Polar Vortex | Hard Facts About Cold Weather” – “You could get frostbite in as little as five minutes. It will be warmer in Antarctica than it is in Des Moines. It could feel like minus 65 in Minneapolis.” – The New York Times

If you’ve been in the military, you know about OPSEC | Because John Bolton felt and expressed “I confess I had no desire to die in a Southeast Asian rice paddy. I considered the war in Vietnam already lost,” he enlisted in the Maryland National Guard. No matter, the training in the Maryland National Guard (even in draft dodger days) included training about OPSEC (operational security).

Yet —this happens | The National Security Adviser managed to get his handwritten notes, including a line about ‘5,000 troops to Colombia,’ captured by every photojournalist present in an embarrassing lapse of operational security — namely by holding his yellow legal pad, notes out.” – Task & Purpose

Making America Corrupt Again | Why shouldn’t the US be at the top of any list? We should not “slip” in the corrupt nations list. – NPR