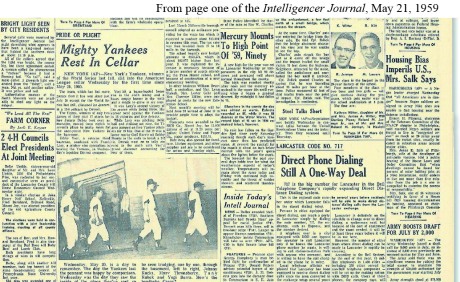 19 separate articles | It’s interesting to look at the page design and that there were 19 separate articles on the page one replicated in today’s LNP – Always Lancaster. Note the high temperature article and the 717 area code article. And the Yankees were in last place in late May. The Yankees finished the year in third place as the Chicago White Sox won the pennant that year.

Task Force Funding  | “The Lancaster County Drug Task Force is primarily funded by a voluntary one dollar per capita contribution from municipalities within Lancaster County. Most municipalities contribute in this manner. This voluntary contribution is not only recognition of the importance of the task force concept, but it demonstrates that our local governmental officials recognize that, realistically, no municipality is immune from the influence of illegal drugs and the crime associated with their use.” Columbia Borough’s 2019 Budget lists this line item: “01-357-020, Lanc. County Task Force, $89,888 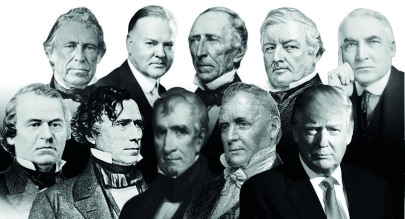 Worst presidents? | “Whom do scholars scorn the most?” a three minute audio file – The Washington Post

Some places you may want to skip | For now anyway, these food serving establishments racked up lots of inspection violations in this week’s Lancaster County Food Serving inspections and we’re staying away from them: 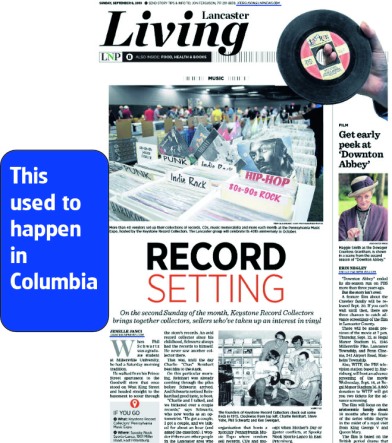 This article is in today’s LNP – Always Lancaster. This group, The Keystone Record Collectors, used to hold shows in Columbia at the Market House.