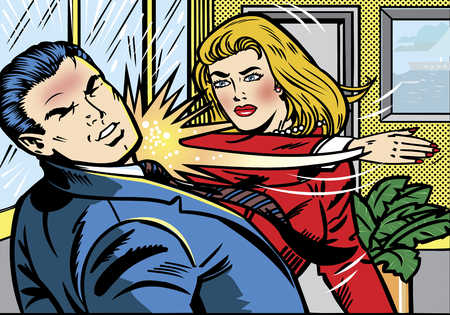 Here’s a rude awakening — a real slap in the face. Reality, it turns out is a bitch.

“After Europe spent itself fighting two world wars, America stepped in to fill the vacuum. The Soviet Union filled the bit that America couldn’t. Having nuclear weapons and a large, if poor quality, conventional force gave it superpower status. After 50 years, though, the Soviet Union couldn’t pay for all the trappings that superpower status demanded.

“Now known as Russia, it’s living in a trailer while drunk driving a 15 year old Cadillac Escalade around the neighborhood while yelling ‘I used to BE somebody!’ out the window and rocking out to Motley Crue.

“We are rapidly approaching a similar point. The United States is going further into debt each year. Even with a rapidly growing economy, the deficit has ballooned to over $1 trillion. When the business cycle eventually tanks, it will get even worse.”