Columbia letter writer | Columbia can be considered a food dessert if transportation and digital access and familiarity challenge as this letter-to-the-editor in today’s LNP – Always Lancaster suggests. 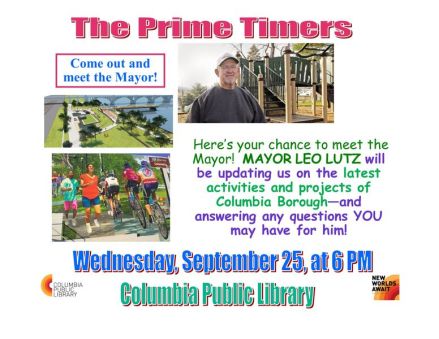 Indian summer or global warming | Kinda’ doesn’t matter what you call it, it’s gonna’ be warmer than anticipated for this time of the year for the next week.

Spy camera blessing | “A new report found that CCTV surveillance is increasing in certain areas of the U.S., with one city government watching its citizens from 35,000 cameras.” Columbia might make it onto that list; but since nobody’s really sure whether the camera’s really work of that anyone monitors them, does it matter?

Not true: Not in Wonderland at least – Narcissists flock to there. And to Harrisburg.  As do pedophiles, liars, thieves, homophobes and other vile personality types | “Narcissism declines as we get older.” – Futurity