“replace these ‘lifers’’’ | That’s what this Columbia letter-to-the-editor writer suggests about state legislators representing Columbia in his letter in today’s LNP – Always Lancaster.

Last night’s Council meeting notes | The meeting was livestreamed and is archived at the Columbia Borough facebook page. Of the elected public servants attending were five of the seven councillors and the mayor. Two councillors were absent: Pam Williams “attended” via telephone and Fran Fitzgerald was absent. The borough manager, police chief and four other borough staffers attended in addition to 20 or so persons, citizens, media representatives and other interested persons.

80 Comments • 2 Shares • 827 Views | The metrics (at 5:00 am today) from the facebook video residing at the borough’s facebook page. Certainly there are more online viewers making comments than those who do in person. 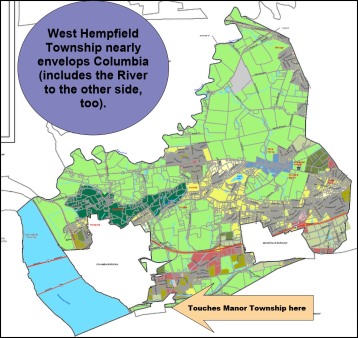 Two? | Strangulation arrests reported by Police — oddly, one of the charged is pictured while the other’s not.– Columbia Borough Police Department CrimeWatch page

Coming | St. John Neumann School for Children and Families: “The school will open in June 2020 and families can reach out now to learn more about the enrollment process if they are interested.”