“But what law is any good if it’s not enforced?” | This is a oft-asked question at local level government. In this scenario, it’s taken from a letter-to-the-editor in today’s LNP – Always Lancaster. The writer notes the number of vehicles seen driving without headlights despite the state’s “Headlights on if the wiper is on” law and wonders why there’s no enforcement. At a recent council meeting, Council President Heather Zink asked that same question about Columbia’s laws, codes, ordinances.

Another writer questions | “What are developers doing? | Why are new hotels planned for Lincoln Highway East when it was reported in the Feb. 4 LNP | LancasterOnline (“Tough year for hotel industry”) that the hotel usage rate is in decline? Are these the same developers who continue to build shopping centers when existing centers are becoming vacant?” – John Wise, West Lampeter Township 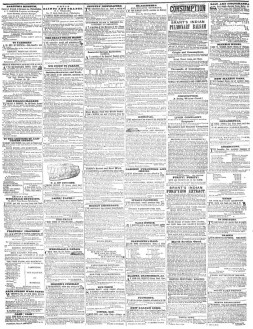 Without newspapers … | Where will the news come from? Government? Social media? Gulp.

Return to yesteryear? | Maybe, just maybe, newspaper models will “slowly travel back in time to recover the subscription-first model that dominated the industry before the 1830s.” – The Atlantic

Did Harriet Tubman stay in York County? | “I had crossed the line. I was free; but there was no one to welcome me to the land of freedom. I was a stranger in a strange land; and my home after all, was down in Maryland; because my father, my mother, my brothers, and sisters, and friends were there. But I was free, and they should be free.” During Harriet Tubman’s dozen or more crossings from the northern states to Maryland, “Some accounts say she twice visited York County, Pa.”

“In April 1858 | Tubman was introduced to the abolitionist John Brown.”