Another Republican person with a military background speaks up to protesters: “Stay home!”

Once upon a time, Tom Ridge carried all the credentials of a major leader of the Republican Party. A decorated veteran of the Vietnam War, Ridge went on to earn a law degree and become the Erie County prosecutor. He was elected to Congress for 6 terms in the 1980s representing northwestern Pa. He rode the 1994 GOP wave into the governor’s office, and was overwhelmingly reelected four years later in what was an otherwise weak year for Republicans. He answered the president’s call to duty after the Sept. 11 attacks, serving first as George W. Bush’s homeland security adviser and later as the very first secretary of the newly created cabinet agency. 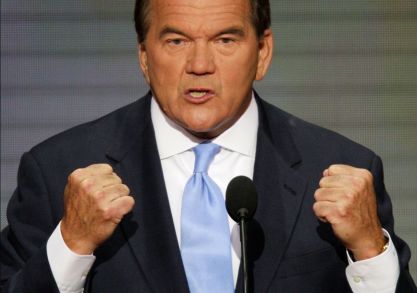 While Tom Ridge defined “Republican” in Pennsylvania for many years, anyone who has followed him in the past decade knows he’s become a loud voice for political centrism and compromise. He proudly boasted in 2016 that he wouldn’t be voting for Donald Trump, and he’s not afraid to showcase his pro-environmental views or to call the border wall a waste of money.

So it wasn’t too surprising to see him take to the opinion pages of USA Today to blast the people who showed up outside various state capitols, including Pennsylvania’s, to protest stay-at-home orders aimed at curtailing the coronavirus.

Ridge aimed first at the many Second Amendment supporters who joined the protests, firearms in hand: “What are they planning to do, shoot the virus with their AR-15s?” he asked, rhetorically.

Saluting doctors and health care workers as brave soldiers in the fight against coronavirus, Ridge reminds readers that the American people are being asked to do a relatively simple service to aid the war effort — stay at home.

“Your country has asked you to forgo your normal personal and professional routine for a couple of months in the war against COVID-19. No question, it is difficult and sometimes feels unbearable as economic and emotional stress mount each day. …

“The entire country is under siege, but you are not in the trenches of France, not gaining ground inch by inch in the Pacific, not slogging through the paddies and jungles in Vietnam, and not taking on global terrorists in desert warfare. And you are NOT prisoners of war. You are at home.”

Ridge ends by urging readers to take politics out of the coronavirus fight. It’s a theme he’s touched on more than once in recent years. Last fall, he was quoted saying during a visit to Mercyhurst University, “Our hope is that you dial down this demonization of the other side and remember that ultimately, before you register as a Republican or Democrat, you were born an American.”

And remember, the virus is still spreading in Pennsylvania. Here’s the latest data compiled by The New York Times.