“How to bake bread | On the existential comforts of coaxing yeast out of air, kneading, proofing, baking, and sharing.” – VOX 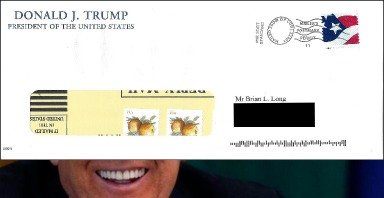 Oh, joy! Got another letter the committee! Actually, one of those mindless “surveys” from the committee to re-elect the DIC. Pitched the letter, kept the three one cent stamps.

“How to bake bread | On the existential comforts of coaxing yeast out of air, kneading, proofing, baking, and sharing.” – VOX 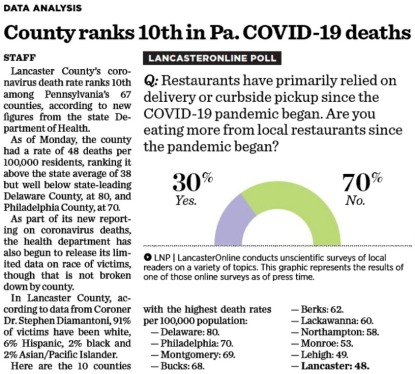 “cuts” or increases taxes | It’s crazy to read about school district boards of directors voting to increase taxes rather than introduce budget cuts. What do everyday citizens do when they’re faced with the same fiscal choices? Demand more money from their  employers (if they’re employed)? Try to get another part-time-job? Face the hard choice of doing with less?

teacher talk | At tonight’s Columbia Borough School District’s board of directors’ meeting, it will take up the issue of retaining its superintendent, Thomas Strickler, or searching for another. According to an article in today’s LNP | Always Lancaster, board member Kathleen Hohenadel “told a reporter Strickler was ‘a divisive figure’ and expressed concern with Strickler’s business oriented background.” Hohenadel is a long-time fixture on the school board of directors and a former teacher who also was the executive director of the Chamber of Commerce in Columbia.

“A 1976 Columbia High School graduate, Strickler spent more than three decades in business before he returned as a Columbia administrator, though he did serve on the school board for 15 years, 10 as president.”

Published yesterday at Columbia news, views & reviews | Columbia Borough School District: “We want you to be involved!Columbia School Board meets virtually Thursday, May 21 at 6pm. Live streaming will begin at 5:55pm. All details are on the website: https://www.columbiabsd.org/o/cbsd/page/school-board–285

The public can comment on the agenda and educational items before the meeting. Go to  https://docs.google.com/forms/d/e/1FAIpQLScb1yeCEYmMWUsgbIimyFf2j92Fwm62LF6kvGp8UJE8nOctcA/viewform?vc=0&c=0&w=1

Transparency leaders | Citizens in Columbia rightfully have to take pride in the efforts and acts of transparency that have recently been taking place in government and the school board. Posting of meeting agendas, minutes and the videosharing of council, committee and board meetings if recognized and applauded. The agenda for Thursday night’s school board of directors meeting is posted and these items are on the agenda:

“A Motion is requested to notify the Superintendent that the District intends to retain him as Superintendent for an additional contracted term of between three (3) and five (5) years, with the specific terms and provisions of such contract to be hereafter agreed upon by the Board and Superintendent.”

“A Motion is requested to notify the Superintendent that the District intends to consider another or other candidates for the office of Superintendent for the term beginning January 1, 2021.” 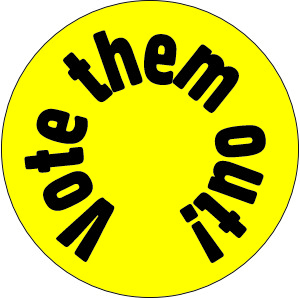 Vote out insurgency | LNP – Always Lancaster‘s editorial today is about the divided feelings that Lancaster Countians have in the wake of the political decision to “go to yellow.” The editorial says, “This was a political stunt that, rather than helping businesses, put them in potential peril.” We agree. Beginning with this primary election, citizens have a choice to vote for voices of reason and rule of law rather than rote party political garbage and insurrection. VOTE THE INSURRECTIONISTS OUT in June and in November.