Happy birthday, US ARMY | Today is the 245th anniversary of the founding of the United States Army. “More presidents served in the Army than any other military branch. ​Of the 45 men who have served as president, 31 had military service. Two dozen of them served in the Army, or in state militias (our modern-day National Guard).”

“Join the celebration of the U.S. Army Birthday on June 14 as we remember its creation in 1775. The army originally consisted of volunteer soldiers with roots to the Continental Army — and was formed to fight the Revolutionary War. Today, as the largest branch of the U.S. military, the proud men and women of the U.S. Army continue to provide peace and security for all of us.” 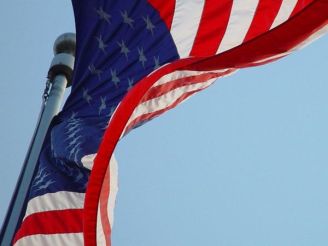 Today is Flag Day | “Celebrated on June 14 annually, the United States Flag Day represents the adoption of the American flag in 1777 when the Second Continental Congress met in Philadelphia. This day was proclaimed as the national Flag Day in 1916 by the then-president of the United States, Woodrow Wilson.”

and it is | “Over 150 call out racism in Solanco; Ephrata and Manheim also see peaceful protests” – Lancaster Online

The second Dateline | The story of Lancaster County murder.

On shaky ground? | “People expecting a fire and brimstone performance from Trump today at West Point’s graduation got the opposite: a president slurring words, unable to move a water glass to his mouth with his right hand, and apparently unsteady on a gently inclined ramp from the platform to the lawn with a military officer beside him.” – Letters from an American

Columbia area Kmart closing | We received this tip in an email: “Hi, I just wanted to let you Know that Columbia and Walnutport PA’s Kmarts are closing.  I called Columbia and they informed me they will close.  If you would like, you can verify this at  717 285 2220.  This leaves only 2 Kmarts in all of PA:  Kingston and Willow St..” While it saddens us, we drove by the store yesterday around 4:00 pm and there were three cars in the parking lot. Here’s another unsubstantiated post at thelayoff.com:

“Here is the list (received via email to employees) of the 5 Kmart closures referenced in this post, all are Seritage owned properties: