fess up, E-town | That’s what this LNP – Always Lancaster letter-to-the-editor writer wants someone to do.

Another letter writer | “Reaction may have been different: If you want a solid example of bias and white privilege, just imagine the reaction if the guys who were perched on top of the buildings in Elizabethtown were black.” – Jim Dougherty, Lancaster Township 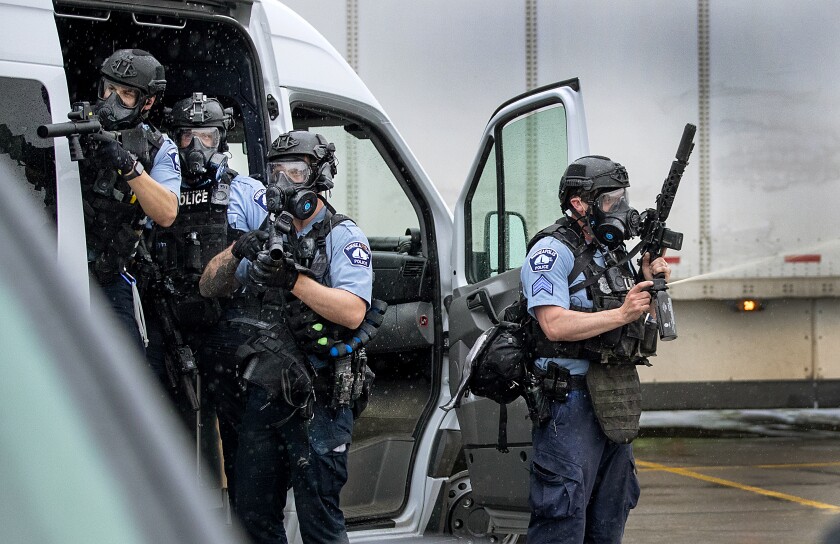 “Minneapolis police officers deploy to disperse protesters after a demonstration for George Floyd on May 26, 2020. (Richard Tsong-Taatarii / Star Tribune)”

a look inside one police labor contract | Pittsburgh’s – Public Source

it’s not always the police who are wrong | “‘A waste of time’: Lancaster man cited at Rehoboth Beach for refusing to wear mask shares his side” – Lancaster Online

toilet paper and “hydroxy” | “A Mad Scramble to Stock Millions of Malaria Pills, Likely for Nothing | Before the F.D.A. withdrew its waiver to stockpile the drugs as coronavirus treatments, the Trump administration had embarked on a headlong effort to import tens of millions of doses.” – The New York Times

piggy power | “How can a person who didn’t get paid a regular salary for four months afford a last-minute beach vacation? The average Chinese household put away 36% of disposable income in 2016, compared to just 7% in the U.S. So, in short, the answer is … savings. – MarpetPlace