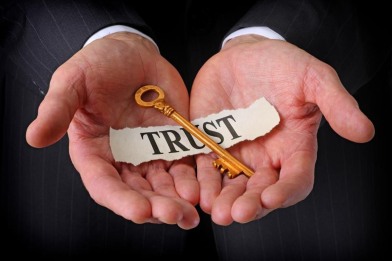 Mistrust | Lancaster County Commissioner Josh Parsons is reconsidering supporting restricted access to police radio encrypted communication because his decision three years ago “was based largely on the chiefs’ credibility and on the assumption that they were acting in good faith. … That trust has been broken.” It’s an important message about trusting police leadership’s decision-making. Read more in today’s LNP – Always Lancaster‘s editorial.

In Saturday’s LNP – Always Lancaster | another article brings up another picture. The article is about the identification of a rapist who was identified with the use of DNA. The rapes occurred in 2000 and 2001 in southern Lancaster County. When the police went to arrest the bad actor killed himself in early June. The point of this news snippet is this. The article states, “Although the warrants were sealed for 60 days, a judge unsealed them Thursday after LNP | LancasterOnline asked the Lancaster County District Attorney’s Office for them, noting that Musser killed himself June 3 when police went to arrest him at his home.  In asking the court to seal the warrants, police said it was likely the media would report details in them, given the attention the rapes had received when they were committed. And they said the details could damage the investigation into other crimes Musser may have committed.”

Here again is another instance of a newspaper pressing the issue of transparency. What’s going to happen in Middletown, now that that community’s newspaper has announced it’s ceasing operations. What happens in all communities when there is no news reporting source that tries to hold government accountable. There’s a willful hiding, masking, obscuring of information.

When paid professional journalism and news reporting sources disappear, it’s up to the “truth-seekers” who publish online publications (elected public servants in Columbia have derisively referred to them as “blog sites.”) to try to discover information.

Unfortunately, independent news reporting sources as Columbia new, views & reviews and Columbia Spy are not-for-profit entities and both publish their online news sources out of respect for good governance, equity and transparency. Both are produced at their separate owners’ expense — time, talent and financial. Those in power in government know that and will stall requests for information and ignore sharing news items with each local news resource … unless there’s an extreme circumstance … like a significant snow storm several years ago.

“Police chiefs and mayors push for reform. | Then they run into veteran officers, unions and ‘how culture is created.’” – The Washington Post

“If police lie about a tampon in a coffee | how can we trust them on anything?” – The Guardian

and then he deleted it | “Trump shares video of supporter from The Villages in Florida shouting ‘White power!’” – The Miami Herald

The price of Internet | in the US is sixth highest in the world. And Comcast’s price for Internet is higher than the US average. But just try to find it.

“Revealed: |  millions of Americans can’t afford water as bills rise 80% in a decade” – The Guardian