Thank goodness the court system still remains in this nation! Pennsylvania and lots of others are lining up legal action against yesterdays insane FCC decision to end net neutrality.

And what about our Republican elected public servants? Where do they stand? Where do you think? – reddit 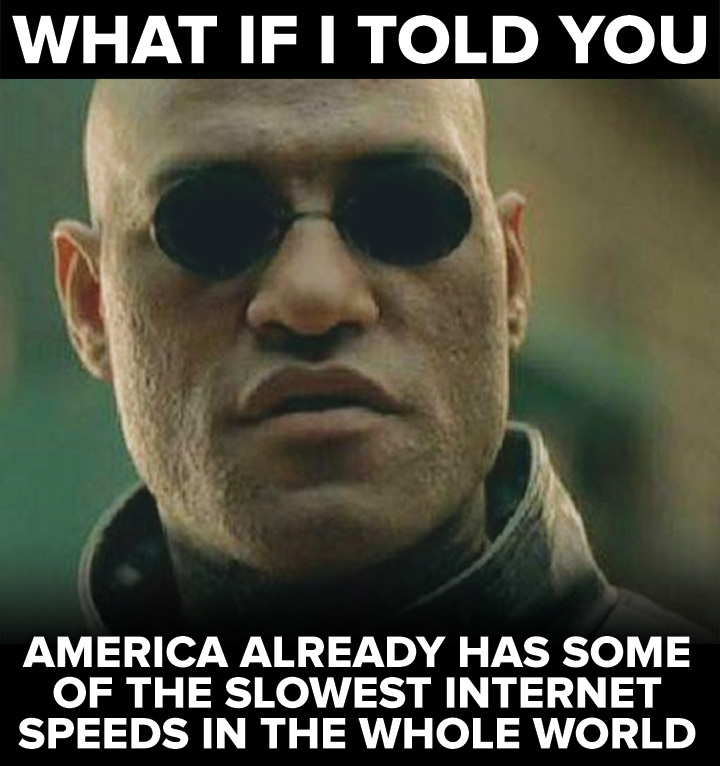 Well not exactly the slowest in the world, but slower than many nations.

Here’s our speed test result | Test your own speed here.

BAD ACTOR’S VIDEO: “Ajit Pai put a lot of work into Thursday’s successful FCC vote to kill net neutrality. He has put decidedly less effort into convincing literally anyone that this naked money grab that will upend freedom of information online is a good idea. It’s unpopular with corporations, consumers, and even other FCC commissioners.” – GQ

A “belscnickel” from Columbia | “Butch Reigart of Columbia, Lancaster County, has portrayed the Belsnickel. He uses Belsnickel to raise awareness of the Pennsylvania Dutch dialect, which he speaks and offers instruction in.” – The Lebanon Daily News

“The surveys found that people who live in … often recognize the attributes but can have a poor self-image. On the other hand, people from outside seem to see the beauty and the good but are sometimes swayed by residents’ lack of self-confidence … .” – extracted from this Central Penn Business Journal article.

“A journey through a land of extreme poverty: welcome to America” – The Guardian

“In an era of inequity, more and more college financial aid is going to the rich” – The Hechinger Report

The Slippery Slope of Opioid Use – PowToon