Columbia grabs the top of page one spotlight in today’s LNP – Always Lancaster. Seven pages of “positively positive” news about the borough.

In the POLICE LOG in today’s LNP – Always Lancaster: “COLUMBIA: Luis Robert Murillo Jr., 20, of Columbia, was charged on April 21 after police said he was found trying to open the door of a house on Cloverton Drive. After being told to go away, police said Murillo then broke into a vehicle and started to bite his own arms and broke off the turn signal lever. He also was charged with defiant trespass, disorderly conduct, public drunkenness and underage drinking.

“Harassment Arrest, 11:53 p.m., Wednesday, April 18, 2018, 1100 block Ranck Mill Road (LT) – Rikki J. Danz, F/33, of Columbia, PA, was charged with the above offense following a domestic dispute.  During the altercation, Danz threw hot wax onto another person.  A citation was filed.” – The Daily News Release at the Manheim Township Police Department CrimeWatch page. [NOTE: A search of the Columbia Police Department’s CrimeWatch page lists Ms. Danz in a 2016 arrest; then she had a Marietta address. 30 plus appearances here.

“The Honorable Leo S. Lutz – Mayor of the Borough of Columbia, PA – was invited by Rep. Smucker to testify before the committee as well.” – from a news release 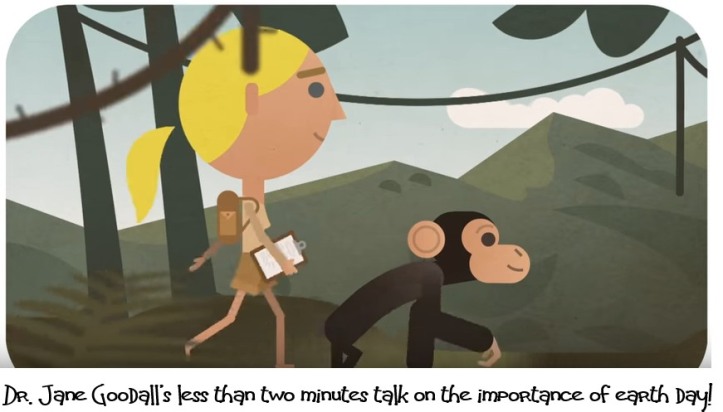 “Today’s annual Earth Day Doodle was created in partnership with one of the planet’s most influential advocates: Ethologist (animal behavior expert), conservationist, activist, and animal-lover Dr. Jane Goodall, who has dedicated her life to studying and protecting our environment. In it, Jane shares her personal message to the world on Earth Day 2018, including some of her inspiration and what we can all do to have a positive impact on our planet.” – Google.com

And it’s awesome | Also, a reader sent along this link to the first two minutes of Symphony For Our World | This Earth Day, 2018, National Geographic embarks on a journey of artistry and science through a global, musical exploration of the sea, shore, land, mountains and sky with a five part composition as varied, dynamic and stunning as Earth itself.” – Airs tonight on National Geographic Wild at 7:00 pm.

“Too many of our experts are ill-informed. Illustration: Sonny Ross”

COLUMN: “America is plagued by experts without expertise” – The Guardian

Like ’em or not … like what they say or not … not one of them hides behind an anonymous nom de plume.

This week’s inspections at Lancaster Online.

… except those in Columbia – Columbia persists in having its own inspection system with its own forms and inspection items – rather than the one used statewide.