One of two perfect “space cadets” who could announce this | In a speech at the Pentagon, Vice President Mike Pence detailed the administration’s plan to establish a Space Force by 2020.

Out-of-touch and a “fake news” fanatic | “‘We Have Done a Great Job’: What Trump Tweeted as Thousands of Puerto Ricans Died” – Mother Jones 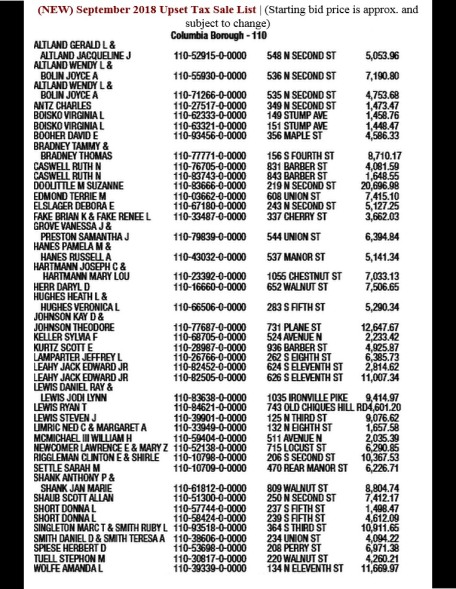 The September 2018 Lancaster County Tax Upset Sale is advertised in today’s LNP – Always Lancaster, at the County Treasurer’s Website, too.

Couldn’t resist | The Produce Geek’s offering this week suggests it’s “That time of year when you have a good-old-fashioned Tomato Sandwich like every other day of the week … maybe even more?”

“Military Veterans and their families in Lancaster and York are fed up with the corrupt, pay-to-play political establishment in Washington D.C.” – This tag line appears at the Website: “Paid for by Common Defense / Beyond the Choir Action Fund. Not authorized by any candidate or candidate’s committee.”

And what is Common Defense? | “Common Defense is a diverse, grassroots organization of U.S. veterans and military family members who are fighting to preserve the core values we swore to uphold and defend.”