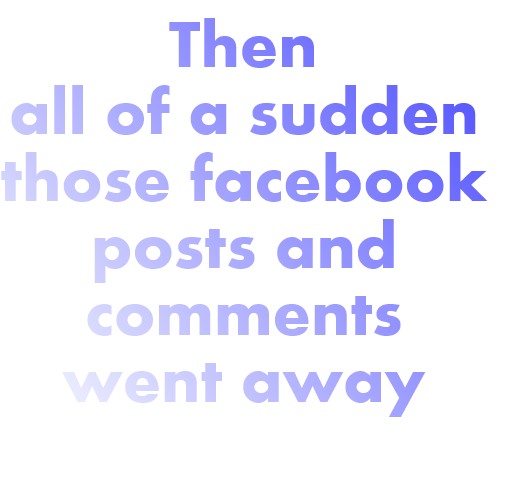 OPINION | Anyone else notice that there’s considerably fewer irresponsible commentary — and more deleted posts/comments — at local facebook sites relative to the borough council’s decisions concerning the tax increase and the March, 2018 enacted Commercial Revolving Loan Program? What’s up with that?

Active defender | Columbia Spy‘s post this morning, Councilman berates Facebook commenters in bizarre late night rant” refers to posts and comments at its own facebook page. (Here’s an extract of one of the councillor’s comments at the site: “Hopefully counsel [sic] can do better to be transparent I believe the streaming of meetings will be a huge improvement.”) There readers will find comments, including a discourse, from citizens questioning the borough council’s budget actions and a Columbia borough defender. The defender, Nate Bunty, as revealed at the Tuesday night council meeting, will be  working with the borough to develop the streaming / posting of borough council meetings.

The blurry line | Is the citizen a citizen or an agent / spokesperson / representative for government?– Another View from Columbia PA facebook page

Did you notice | Help during the shutdown. More than a few banks are offering assistance to those impacted by the federal shutdown:

Can you help? | “Indiantown Gap National Cemetery is looking for volunteers to help remove wreaths laid at gravesites during ‘Wreaths Across America’ event” – FOX43-TV

Dangerous missions | All emergency responders have difficult assignments whenever they respond to any situation. That scenario played out in California just days ago when Police Officer Natalie Corona was shot to death. – The Los Angeles Times

The new loo | “I just want to be of service for as long as the voters of Pennsylvania will have me.” – Penn Live