Composite photo of the newly composed Columbia Borough School District Board of Directors. (The District’s solicitor and superintendent are fourth and fifth from left.) 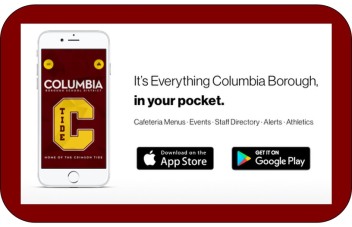 Since the Board of Directors was interviewing interested candidates for two open positions already, the Board decided to interview for three to accommodate for the resignation notice announced on the revised agenda. Each of the four applicants — Sandra Duncan, Kate Keyser, Robert Misciagna and Lester Putt — were presented with the questions from the seated directors. Curiously, two of the directors opted out of qualifying questions. 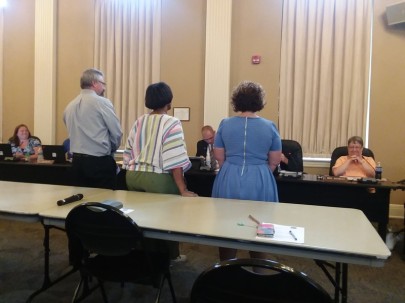 The applicants selected by the sitting directors were sworn in by a seated acting president. Section 402 of the School Code empowers the Temporary President at the annual organization meeting of a school board to administer the oath of office to school directors who have not already been sworn. 24 P.S. § 4-402. When the oath is administered at times other than the annual organization meeting in December, there is no authority for a Temporary President of a school board to administer the oath, and another official with such power is needed for that function.

Here’s how one Pennsylvania School District administered the oath of office to a newly appointed director.

And here’s an oath of office template:

Removal from office | “A Board member who neglects or refuses to attend two (2) successive regular meetings of the Board, unless detained by sickness or prevented by necessary absence from the district, or if in attendance at any meeting neglects or refuses to act in his/her official capacity as a school director, may be removed from his/her office, with prior notice, on the affirmative vote of a majority of the remaining members of the Board.”

Qualifications | While one of the School Board Directors asked the four interested applicants for their qualifications for the position of director, the qualifications are stated in the District’s local policy manual:

“Each member of the Board shall meet the following qualifications:

In 2016 | The Columbia Borough School District cast a wider net the last time there was a school board vacancy. In June, 2016 this advertisement was published in The Merchandiser.

This time with two  vacancies | the only notice was published at the School District Website. Additionally, Columbia Spy and Columbia news, views & reviews published information about the vacancies.