When defense meets offense | Columbia’s football team takes on Octorara tonight; here’s what LNP – Always Lancaster says about the match-up: “Crimson Tide QB Matt McCleary has attempted 216 passes, most in the league, so the Braves’ defense should know what’s coming in this Section Three clash. Keep an eye on Octorara safety Jansen Schempp (26 tackles, 1 INT) to help out in coverage against Columbia’s stable of receivers, who must go up against a stingy Braves’ secondary that has allowed a league-low 372 passing yards.” 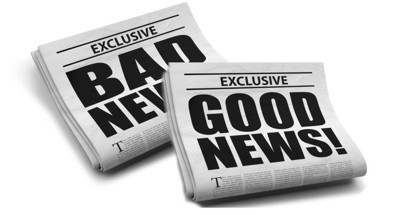 “$1 trillion in lost home value | According to a new report from ProPublica and Fortune magazine, the 2017 tax law is making house values lower in some parts of the country than they’d otherwise be. Two separate analysts using similar methodology arrived at the same figure: Some house values might have been 4% higher had it not been for the implementation of the tax law. ”

“In addition, all liens, judgments and mortgages become the responsibility of the  purchaser. This is extremely important to know!! If you purchase a property at the Upset Sale, you are responsible for anything owed against the property! You must
research these properties! A title search is the best method of research!

Who would get it? | If there was a Nobel War Prize, who would win it? A true dictator or a wanna’ be dictator. Would it be Turkish President Recep Tayyip Erdogan or the US President? Since the US struck the dastardly deal that abandoned American allies, the Kurdish forces, who knows how many innocent “terrorists”, women, children, disabled and frail non-combatants have been slaughtered in just a few days.

Sanity and ethics coming to the surface? | “Smucker blasts Trump’s decision to pull out of Syria in tweetstorm” – The York Daily Record

Finally; what’s taken so long to discover the obvious? | “Republicans Are Actually Furious Over Trump Abandoning Kurds in Syria” – GQ

“Use of Radar in Pennsylvania” | Manheim Township Police Department tries to educate using its CrimeWatch page. Don’t you wonder who or which organization produced this youtube video? Well, the City of Lancaster produced it.

Check out the audio quality | at the City of Lancaster’s council meeting on line.The radar video also appears at the City’s Youtube channelwhere the council meetings are found. Hey, maybe that’s an answer: Youtube rather than facebook!

“A news report | can be narrowly factual and still plenty unfair.” – OPINION COLUMN at The Washington Post

Pittsburgh opens up | Beginning in 2020, “residents will have access to more information about the contracts the City of Pittsburgh pays for with their tax dollars — before those contracts are signed.“ – PublicSource