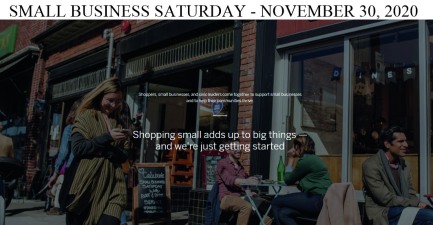 Corporate cronyism creep | There’s an article in today’s LNP – Always Lancaster from the Philadelphia Inquirer about a show of community strength in the Abington School District’s incoming board of directors’ (a near clean slate — five of the nine who ran on ethics and doing the right thing) decision concerning the sticking points about a $25 million donation from a Republican billionaire who had a long list of demands in exchange for the donation.

The school board of directors who were voted out had secretly accepted the “quid pro quo” offer earlier this year, but citizens used their Right-To-Know prerogative to gain access to the documents that fueled the citizen outrage at the secrecy.

“‘There was this anti-incumbent fervor, and we wanted these new people,’ said Gabrielle Sellei, a parent and lawyer who was a vocal critic of the board’s handling of the donation.” [NOTE: Links to the articles in The Philadelphia Inquirer are used though readers may not be able to read the articles due to a paywall.]

Are you one of us? | “Column: Here’s to the holiday birthday babies, who get neglected in this busy time of year” – The Chicago Tribune

How’s this for a headline? | “Philadelphia lobbyists keep making last-minute changes to bills, and reform advocates feel ‘set up’.” If you can access this article via the paywall, it’s about the slimy side of politics as the city council’s end-of-year handling of “support of legislation” that was enabled by the special interests of a few landlords. Before the new year and new councillors come aboard.

Letter to the editor | “New Driver Tax To Be Voted On Soon!”

Why is the Legislature so gung-ho to tax drivers? There is no speeding crisis in need of a “solution.” Trumpeting to the media that drivers are running amok in order to get the public behind the RADAR ruse makes great copy, but there is no truth to that story.

PennDOT said last year that Pennsylvania’s roads are the safest they have ever been. How does that translate into a speeding “crisis” that needs RADAR?

Penn State made a speed limit study and “ … found there was an increase in fatal and injury crashes at locations with posted speed limits set 10 miles per hour or more below engineering recommendations.”

90% of Pennsylvania’s limits are 8 to 16 mph below the 85th Percentile Speed instantly making safe drivers into criminals liable to get a ticket. Giving RADAR to municipal police is akin to shooting fish in a barrel. Is that the reason for the frantic push to enact Speed Trap Bill SB 607?

The intent to give RADAR to municipal police is a thinly disguised ploy to extract scores of millions of dollars from safe drivers. The Legislature should end this quest, mandate 85th Percentile Speed limits everywhere, and task the police with preventing the two leading causes of accidents: failure to yield and failure to pay attention. Thank you. – Tom McCarey, Member, National Motorists Association

Columbia’s own turkeys | We’ve heard it said that no question is a stupid one, but it still boggles our mind that Columbia’s mayor had the audacity, temerity, impertinence, nerve, effrontery, gall, contemptuousness or ignorance to suggest that Wednesday night’s Zoning Hearing Board should not be live-streamed or recorded. Early in the meeting he posited, “Since this is a judicial hearing, is it permitted to be broadcast?”

Can public meetings be recorded? YES.

“The Sunshine Act allows meetings to be recorded with an audio recorder or a video recorder. It also allows agencies to issue reasonable rules concerning the use of recording devices in order to avoid any disruptions. However, such rules cannot be an attempt to prevent a member of the public from recording a meeting.

“The law does not require the recording of a public meeting to be announced in advance; however, it may be helpful for the chairperson in the opening statements to alert the public that the meeting might be recorded.”

From the Zoning Hearing Board Handbook and Guide for Local Government Officials. “The zoning hearing board is subject to the open meetings provisions of the Sunshine Act, Act 94 of 1986, as amended, 67 Pa. C.S. § 701, et seq. Under the Sunshine Act, votes cast by each member must be cast publicly, and the roll call votes must be recorded. A meeting at which the zoning hearing board is not conducting a hearing may occur only after published notice of the meeting; minutes of the meeting are required. The MPC otherwise governs the requirements for public notice of a zoning hearing board hearing and the keeping of a stenographic transcript of the hearing.”

For an elected public servant serving in any capacity, but especially in the pseudo executive role of mayor, to violate the tenets of Pennsylvania’s Constitution‘s Freedom of Press and Speech is contemptible and wholly unacceptable.

“The printing press (media) shall be free to every person who may undertake to examine the proceedings of the Legislature or any branch of government, and no law shall ever be made to restrain the right thereof. The free communication of thoughts and opinions is one of the invaluable rights of man, and every citizen may freely speak, write and print on any subject, being responsible for the abuse of that liberty.”

The abrogation of rights works for kings and dictators — and Columbia is not a kingdom, nor a fiefdom nor a dictatorship.