Wicked | “It’s darkest before dawn, and in 2020, all of this will get worse before it gets better.” – Nieman Lab opinion

POTUS quote | “You know, in the life of Trump, 10 months is an eternity. It’s a long time.”– The Atlantic 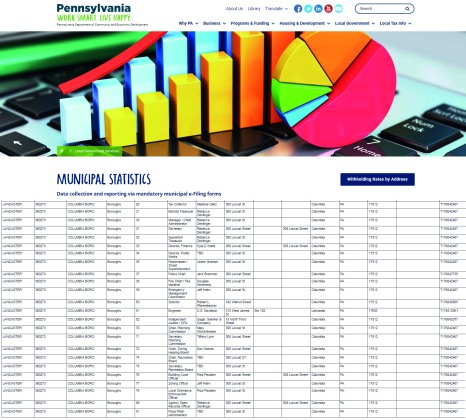 Apples to apples | Pennsylvania’s Department of Community and Economic Development has the comparative information for citizens to draw comparisons in government metrics. “The Municipal Statistics Office collects data from municipalities through required e-Filing forms and publishes the information in a series of online databases and reports which are accessible through the links below.” Citizens can get metrics and information about Pennsylvania’s municipal entities and see how their municipality stacks up against others. Citizens can see, for example, that Columbia  reported having 45 full time employees and 21 part-time employees in 2018 and Elizabethtown reported having 41 full time employees and 11 part-time employees. Columbia’s population is reported as 10,400; Elizabethtown’s, 11,545.

Ah, yes. The beauty of a look-alike party system. | “Itching to unseat a Pennsylvania state lawmaker? Odds are you will fail”  Once the hogs get to the trough, it’s neigh unto impossible to get them away. – The Morning Call

“More and more congregations are making a space for sad feelings during the holidays. First Congregational United Church of Christ in Portland, Ore., held its Blue Christmas service earlier this month.” – Deena Prichep

Darkest Christmas | 1941 — “Was there ever a bleaker Christmas?”– The Seattle Times 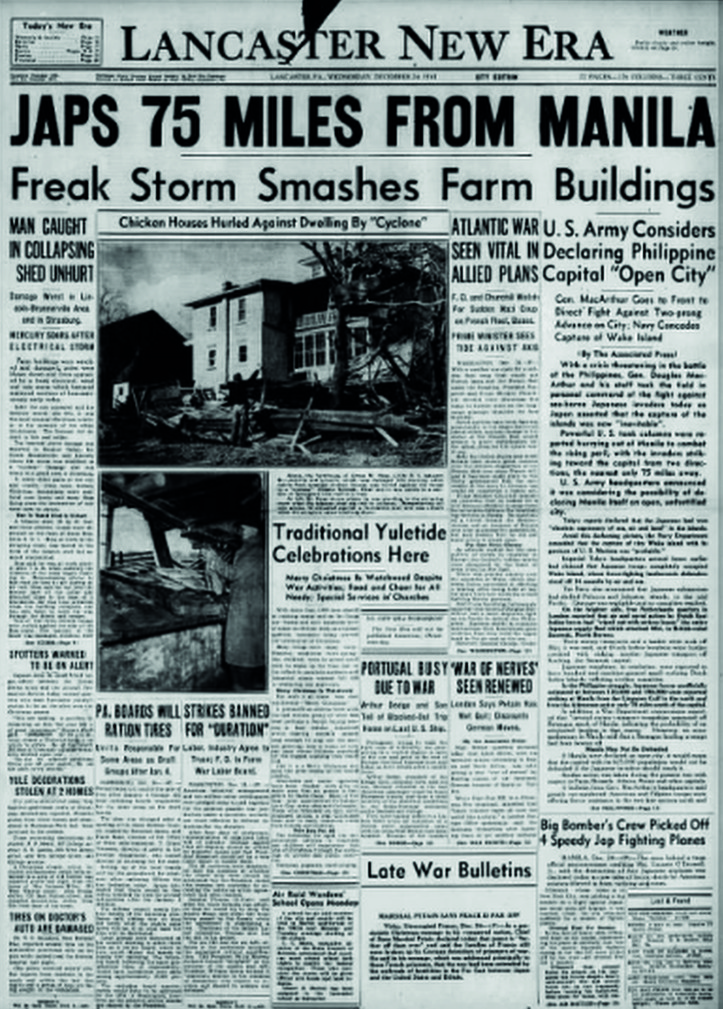 A darker Christmas | This Lancaster New Era page one from the day before Christmas, 1941 was a darker Christmas because less than three weeks earlier the world changed for virtually every American. There was no certainty of what the world would look like going forward, because now this great nation had two formidable enemies. The outlook was bleak and there were no guarantees.

The 22 page newspaper on that day (sourced from Lancaster Newspapers‘ archives) contained local news, war news, more than six pages of Christmas greeting ads, other merchandise advertising, a page of comics, sports news (In basketball, Columbia’s high school boy’s basketball team was atop Section three of the Lancaster High School League with a 3-0 record) and one page of classified advertisements. And, of course, then, the back page (the last page) contained no advertising; in this issue, the page consisted only of pictures.

And this was all before local television and the Internet. People got the news from newspapers.

Dread last | Time for the game that’ll decide which team will represent the NFC east in the NFL playoffs. – The Inquirer [Yeah, seriously, a .500 team will be in the playoffs.]