Sounds good to let voters decide | but can citizens in Columbia do that? Here’s on eopinion about that: “The Role of Referendum in Pennsylvania Local Government.” – CGA Law Firm

Hey, wait. Isn’t that Columbia’s new law firm? | Indeed it is; at its last 2019 Council meeting, the borough councillors voted to hire CGA Law Firm, of York, as its new solicitor. And attorney Evan Gabel has been attending council meetings since then.

“Though they are often set by local authorities — including cities, counties, and school boards — state governments often establish parameters in order to keep property tax rates somewhat uniform. No two state tax codes are exactly alike, and how much people actually pay in property taxes depends largely on where they live.” 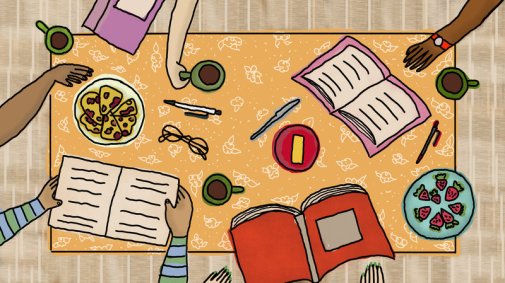 “How To Start A Book Club | That Actually Meets” – NPR

Who said? | “It doesn’t really matter because of his horrible past.” – The Inquirer

Letter-to-Columbia news, views & reviews | To All Pennsylvania Drivers: Is it money or safety?

If safety, and not money, is the Legislature’s goal, why don’t they mandate the posting of the safest speeds on every Pennsylvania road?

If safety is their goal, why do municipalities post speed limits below the safest speeds? Is it because there is a widespread (mistaken) belief that slower is safer? Penn State just did a study finding that is not true. Is it because there is big money to be made from tickets, sometimes called taxation by citation?

Instead of mandating the safest speed limits and posting same, we get legislation like Speed Trap Bill SB 607 from Harrisburg, which seems to be their response to special interests’ fabrication of a non-existent “speeding” crisis, to scare us into giving RADAR to municipal police. Out of 2.7 million traffic accidents recorded in twenty-five states over the course of a year, only 1.6 percent were caused by drivers who exceeded the posted speed limit. That is no crisis. That can be taken care of without RADAR.

Money is the only reason for Speed Trap Bill SB 607.

Tell your Representative and Senator to vote NO on Speed Trap Bill SB 607. 2020 is an election year.