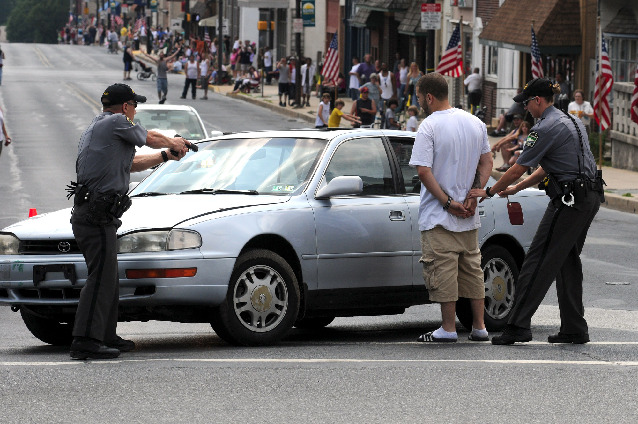 “from the Lancaster Intelligencer Journal/New Era: County readers see two articles about Columbia – Unfortunately, this one (Motorist arrested at Memorial Day event in Columbia) is the page one story with a photo and a second photo on the “jump page” ) – this one (Holiday crowd packs streets of Columbia) tops the lead page of the B-Section.” – Columbia news, views & reviews, May 30, 2011

“Zero tolerance” … | The mayor commented about the incident that happened at the Memorial Day celebration … the published photograph in daily newspapers showing an officer pointing his weapon at a law-breaker. The mayor stated during the meeting that he has instructed the police (and fire police) to adopt a “zero tolerance” stance when someone disobeys a blocked intersection or cordoned area from now on. Officers will “get a license number.” While he did not elaborate further on the level of the continuum of force response for a violation, he did re-state the “zero-tolerance” posture that Columbia’s law enforcement officers have been directed to observe. – Columbia news, view & reviews, June 17, 2011

over a dozen times | Columbia news, views & reviews has had numerous posts about police “continuum of force” over the past nearly 10 years. Here’s what we posted at the facebook page during last night’s council meeting:

“Watching the borough council meeting online. Scratching our heads in wonder about the statement that police department continuum of force documentation is “protected” by the Sunshine Act.

“Departments and municipalities that want to be open and transparent with their citizens actually publish theirs. What’s Columbia got to hide?

“It should be posted at the borough Website. Right now there is NOTHING at the Police Department tab except the defunct K-9 officer position.”

OANN: a right-wing fringe site | but that’s where the DIC get’s his whacked ideas: About “Trump tweeting that the 75-year-old Buffalo, New York, man shoved to the ground by police and left bleeding and unconscious ‘could be an ANTIFA provocateur’ who might have been part of a ‘set up.'” – Letters from an American 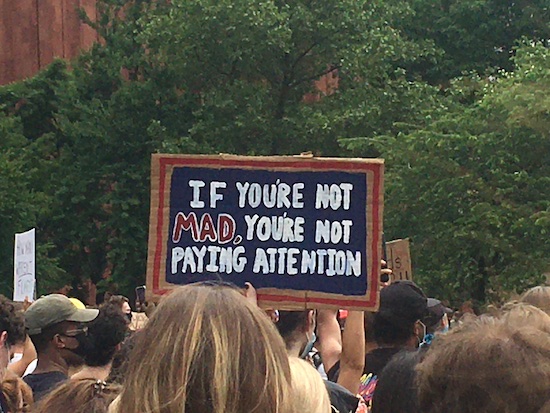 “Society Is Reopening | Prepare To Hunker Down At Home Again.” – Route Fifty