The first is from a Columbia letter writer who is critical of the newspaper’s failing to have an article about the 50th Anniversary of a high school football game. The 2020 Thanksgiving Day newspaper is a much slimmed down version of the 128 page newspaper of 1970. So, certainly space constraints may have factored into the newspaper’s decision to not have an article about a game that was important only to two sets of Lancaster County’s demographics — parents, family members, students of McCaskey students and Lancaster Catholic students.

The second is a “satirical” head slap for the two insurrectionist county commissioners who gulp the party kool-aid. 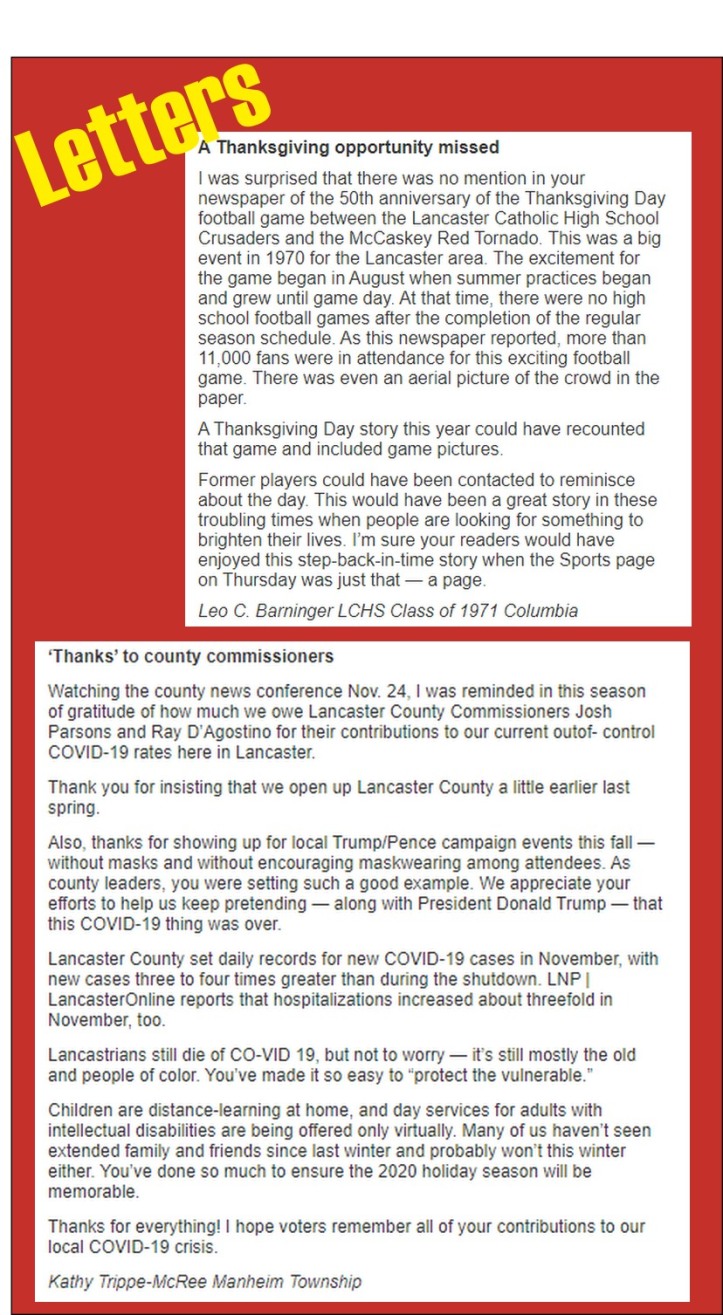 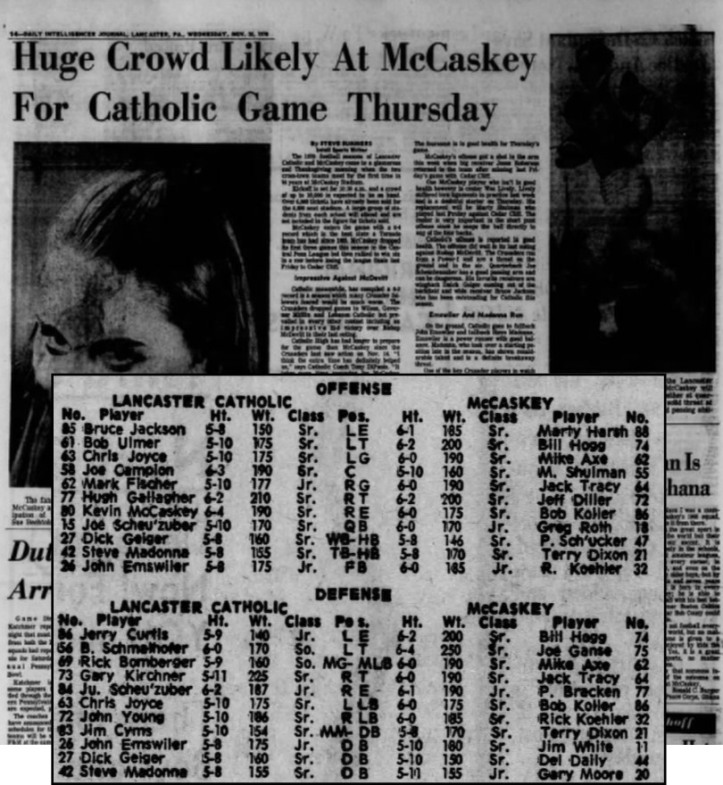 But for most of Columbia … the much, bigger and more memorable news of that Thanksgiving Day period in 1970 comes on these pages of the Intelligencer-Journal and the Lancaster New Era … 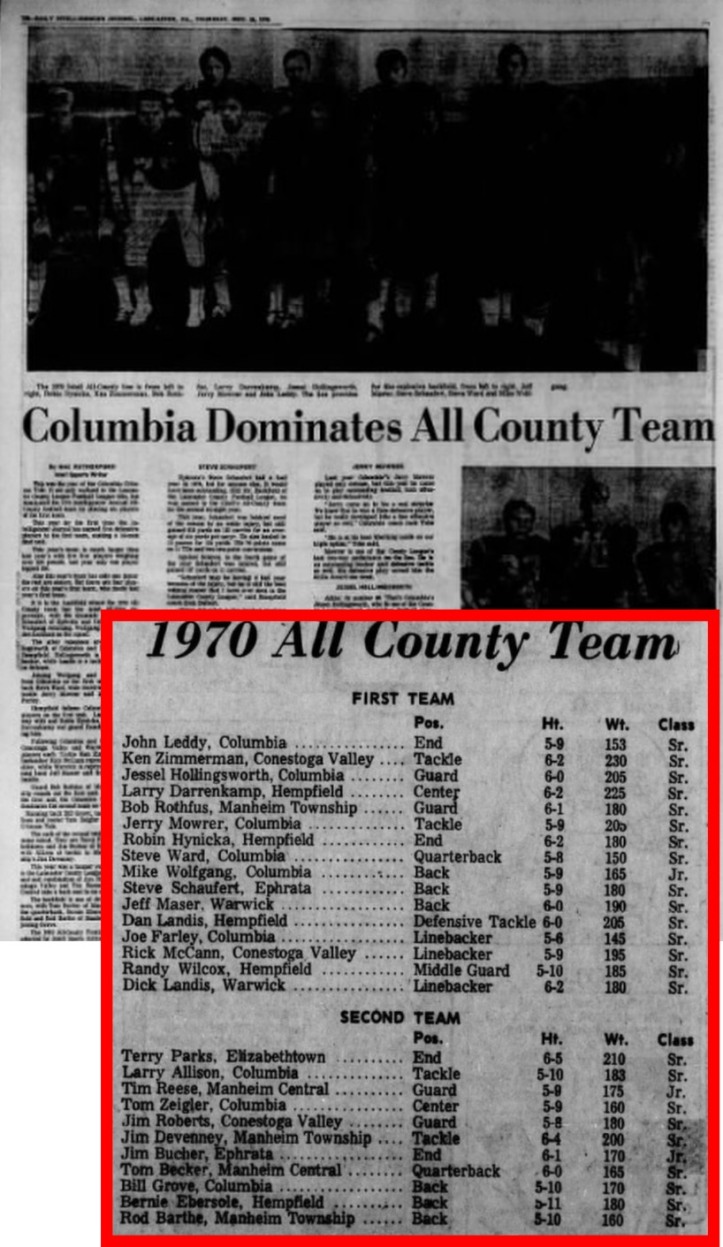 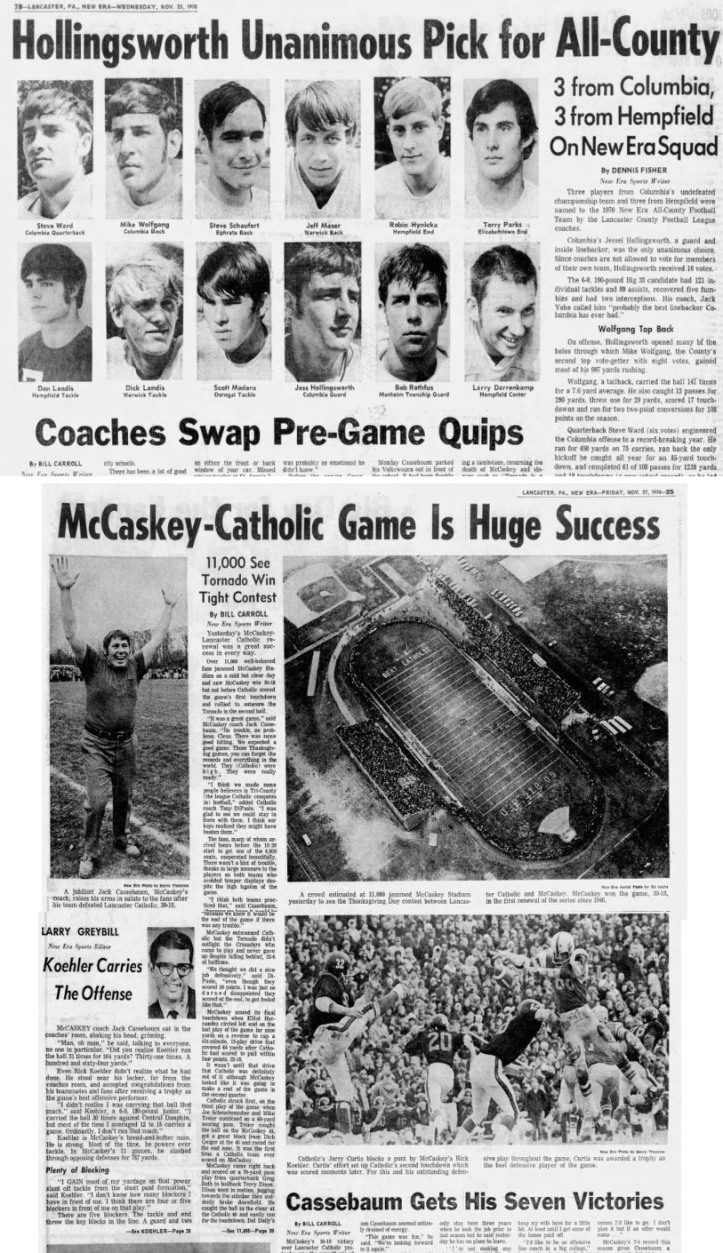