Ethics & completing the SEC-1 Form: the STATEMENT OF FINANCIAL INTERESTS 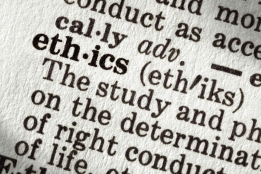 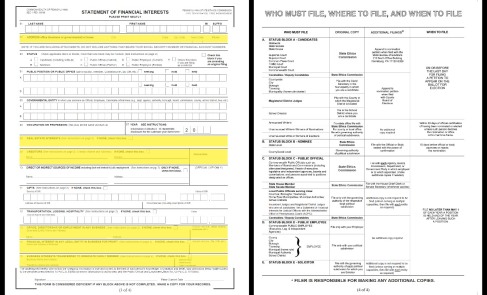 About a week ago, we posted an article about the SEC-1 form: THE STATEMENT OF FINANCIAL INTERESTS. Each year political candidates seeking office, nominees, elected and appointed public officials, public employees and solicitors are supposed to truthfully complete the Form SEC-1.

Columbia news, views & reviews has requested and received the completed forms for several of the above positions from the Borough of Columbia and the School District of Columbia.

The instructions about how to complete the form are on the back of the form; they’re also here.

Last week, we spoke with a senior person at the Pennsylvania Ethics Commission about some of the questions we had.

At the very bottom of the SEC-1 (page 3) is this line: THIS FORM IS CONSIDERED DEFICIENT IF ANY BLOCK ABOVE IS NOT COMPLETED.

So, what’s the penalty for failure to complete the form at all. Or failing to complete it accurately? Willfully or by innocent ignorance?

When violations are identified, the Commission has to determine whether there was purposeful intent to hide information or whether ignorance was the case. In any case, the punishment is relatively mild.

” … failure to timely file a Statement of Financial Interests or the filing of a deficient statement may result in a civil penalty of not more than $25 per day up to $250.”

Since the State Ethics Commission and the penalties it may impose are creations of the Commonwealth’s Legislative Actions, any actions to increase the penalty requires legislative action.