Dependability! | You can find lists the weekly food inspections for Lancaster County’s food serving establishments at Lancaster Online’s Website and you can find all the restaurants across the state at the Pennsylvania Department of Agriculture Website. Beginning on January 1, 2020, Columbia’s food-serving establishments will be posted there too; The Borough is posting its own conducted surveys at the Borough Website at the end of each month.

Maybe “It’s never been easier to stay in the healthy zone.” | But if the recent inspection at CoreLife Eatery, the trendy eating place in the shopping area on Fruitville Pike, is any indication, no thanks. We think it’d be better if “The person in charge does have adequate knowledge of food safety.” 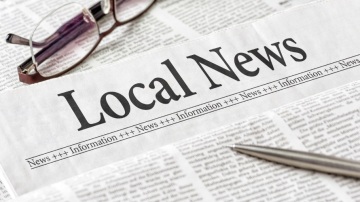 Burt who’ll pay for “local news?” | A few days ago Just an Observer posted this comment:

“Even for its own vainglorious hype and lauding about being sustainable in the age of newspaper consolidation, at some point, The LNP is going to be a financial burden to the Steinman Foundation.

“As a young GenX’er, I still enjoy delivery of the Sunday paper and a digital subscription, but, we live in a Millennial Culture. How is this business sustainable long term? Nostalgia? Just like vinyl records? Are they betting on Boomer immortality keeping the business afloat?

“I got an idea to remain relevant: Cut out the AP. Cut out the wire services. Is it national and global news? Cut it. Go Hyper local. Localism. From politics to culture. And, yeah, maybe you gotta evaluate this whole “printing press model.”

“The future of the newspaper business is Local. Sustained by local readers.”

Just an Observer points to this article: “Paywalls can be a big lift for smaller publishers. Here’s how the Shawnee Mission Post is thriving two years in.”

Letter to the editor | “To All Pennsylvania Drivers: The Legislature wants your money.

They will get your money by giving RADAR to municipal police with Speed Trap Bill SB 607.

They can’t raise taxes directly, so they have invented a non-existent crisis, and are furiously trying to pass into law their solution: RADAR for municipal police, Speed Trap Bill SB 607, which will bring in scores of millions of dollars from traffic tickets.

The invented (non) crisis is a “speeding” epidemic. But out of 2.7 million traffic accidents recorded in twenty-five states over the course of a year, only 1.6 percent were caused by drivers who exceeded the posted speed limit. So there is no speeding epidemic.

The Legislature doesn’t care. They want your money.

Everyone has to drive, and some Legislators consider drivers to be a captive revenue source. They want to prey on drivers by aggressively enforcing unsafe, too-low speed limits using RADAR to ticket safe drivers.

Traffic-enforcement-for-profit is a huge industry that the Legislature wants to make even bigger: you will pay, and pay, and pay if Speed Trap Bill SB 607 is enacted.