Well, duh … there’s a statement | The pastor at the church where Sunday’s shooting mishap happened says: ““Yesterday’s incident shows we can do more to enhance safety.” This is from a really no-story, story in today’s LNP – Always Lancaster. After reading the article several times, all anyone get to know is “One volunteer sustained injuries to the face after another volunteer unintentionally discharged a handgun and the fired round ricocheted off the floor, police said.” Was the weapon unholstered? Why was the weapon unholstered?

Columbia may not be the lone ranger | LNP – Always Lancaster reports in today’s Municipal Briefs: Manheim’s “Council approved a measure authorizing the transfer of the former fire station at 26 E. High St. to the Lancaster County Land Bank Authority so the vacant building can be rehabilitated and returned to productive use. The borough also will contribute $15,000 for facade repairs.” Today, though, according to the Land Bank’s Website, the only borough participating is Columbia. 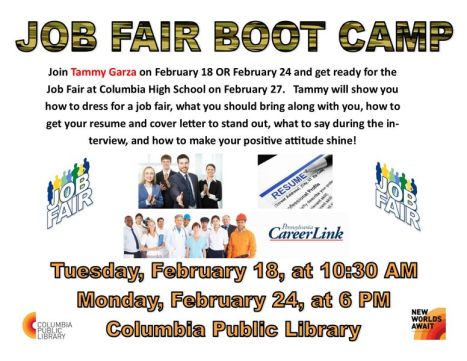 Mirror community happenings | Reading through the Municipal Briefs about Marietta’s recent council meeting is reminiscent of what’s been happening in Columbia:

pushing the “charter school” agenda | “Trump used Philly girl’s story to attack ‘failing government schools.’ But she’s at one of the city’s most desired charters.” – The Inquirer

“I wish the president literally smiled like that. | “That would be wonderful if he were actually smiling without laughing at somebody or making fun of somebody.” – The Inquirer

How good is it? | “Americans say they feel like this is the best economy since the late 1990s” – The Washington Post

LEGAL NOTICE | Published in today’s LNP – Always Lancaster and at the Borough’s Website: The Zoning Hearing Board of the Borough of Columbia will meet on  Wednesday, February 26, 2020 at 7:00 P.M., in the Municipal Building at 308 Locust Street, Columbia, PA, to consider the following application(s) and/or appeal(s):

WGMC Properties LLC is requesting special exception(s) and/or variance(s)  to convert the interior of a former membership club building into a two-unit residential dwelling in the High Density Residential District (HOR) located  at 629 Locust Street,   Rear. (The former Catholic War Veterans building) If you are a person with a disability wishing to attend this meeting and require an accommodation to participate in the meeting, please contact the Columbia Borough Office at 684-2467 to discuss how the Borough may accommodate your needs. – Karen Zaporozec,  Interim  Zoning Officer

It’s a law | “A fictitious name is any assumed name, style or designation other than the proper name of the entity using such name.” and it must be registered with Pennsylvania’s Department of State.

It’s also a law | To practice as a non-profit entity in Pennsylvania, there are requirements and stipulations. It’s just not enough to say an entity is a non-profit, documentation is needed.

metamorphosis | Did you get an email or letter from TransformCo?

Why’s it take so long | for facts to come out?: “109 troops suffered brain injuries in Iran strike, Pentagon says” – The Los Angeles Times

news release | from the US Department of Commerce

Because of President Trump’s leadership, we are experiencing a comeback like never before. Our great nation is strong again and Americans who need it the most are experiencing an incredible Blue Collar Boom. From renegotiating trade deals that work for Americans to a jobs agenda that has led to the lowest unemployment rate in half a century, the American Dream is being restored for millions of American workers.

The President is producing real, measurable results that are allowing families from Pennsylvania to California to have more money in their pockets, more jobs than ever before, and a level playing field with foreign trade partners that puts American jobs and workers first.The benefits of the Phase One Deal with China, the USMCA, the two trade agreements with Japan, and the renegotiated free trade agreement with South Korea are allowing American workers and businesses to compete on the world stage. African-American and Hispanic-American unemployment rates are the lowest ever, Millennials have gained two million jobs, and women have secured 72 percent of all new jobs in 2019. Real take home pay for middle class families has grown by $5,000 in only three years.

The Commerce Department is proud to work with Members of Congress from both sides of the aisle, industry leaders, workers, and State, local, and tribal officials to promote America’s leadership in the global industries of the future and grow the Great American Comeback beyond anything being projected today.