Since Columbia news, views & reviews began in 2011, we’ve been exhorting readers about the duty of voting.

This’ll be the last election day we’ll be doing that. We’ve decided that Columbia news, views & reviews will cease publication at the end of 2020. That’ll  not stop our passion for voting for the best qualified and ethically-focused candidates FOR ANY OFFICE. Our fervor will continue in another place in another manner.

Columbians and all American citizens must throw out the bad people serving in any elected public service office.

Columbians and American citizens must hold elected public servants accountable — by attending meetings; by challenging their actions regularly; by writing, texting, calling and demanding them to follow the wishes of everyday people and not the moneyed interests only.

Tomorrow’s the day Americans got to the polls. Unless you’ve already voted by mail, it’s your responsibility to vote for the folks who will represent you in this great experiment – the democratic republic that is The United States of America. 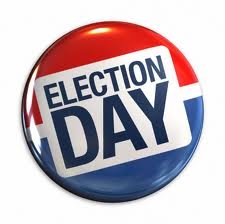 In a few weeks, registered voters will go to the polls to vote for their local, state and federal elected “public servants.”

Unless you’ve got tons of cash, take the time … make the time to find out which of those people deserve your vote. Remember … in a representative democracy, we vote for character. We vote to send elected “public servants” to represent them at the local level, the state level and the national level. We vote for someone who will do what they say they’re going to do. We vote for someone who will not change their morality and ethics when someone wags a bunch of dollar bills in front of them.

Write a letter. Make a call. Send an email. Go to the office. Do what you have to do to get an answer.

2013 – “If you are registered, today American citizens registered to vote get the opportunity to do what so many in the world do not!”

Don’t you think you deserve to have someone who represents you?

Don’t you think you deserve more than a dysfunctional “party-line” dogmatic response or no response?

2017 – It starts in Johnstown | “My travels in white America – a land of anxiety, division and pockets of pain” – The Guardian